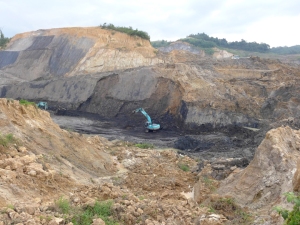 Jakarta Globe, 29 December: Australian miner BHP Billiton’s controversial Indomet coal project in Kalimantan is in doubt following a reported decision by the minister for national development planning to withdraw support for the construction of a railway that would transport coal from the remote mine sites to port.

The Indonesian Forum for the Environment, or Walhi, says Minister Andrinof Chaniago told members of the group at a meeting this month that the rail project, an initiative of the previous government of Susilo Bambang Yudhoyono, will not be included in the national 2015-2019 Medium-Term Development Plan and will not receive public-private partnership status or government guarantees.

The decision follows an inquiry by the National Development Planning Agency, or Bappenas, into the Central Kalimantan railway project, and comments by the agency’s deputy head of Infrastructure, Dedy Priatna, that it was aimed only at exploiting natural resources and had the potential to be “devastating” to people in the area.

According to Walhi, the policy of the current administration of President Joko Widodo is to prioritize the use of coal and gas to benefit domestic households and industry.