On Sept. 25, amid a continuing crackdown on media, political opposition and civil society described by commentators as “a slide into dictatorship,” Prime Minister Hun Sen officially launched Cambodia’s biggest hydropower project. At the ceremony the gates were closed on the $800 million Lower Sesan 2 dam,  described by scientists as potentially the single most destructive tributary dam in the Mekong River system – where 200 medium to large-scale dams are already built, planned or under construction.
https://news.mongabay.com/2017/08/international-investment-blamed-for-violence-and-oppression-in-sarawak/ 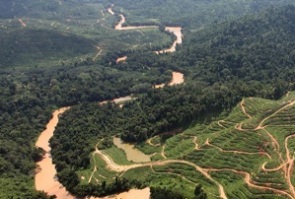 International investment called to account for violence and oppression in Sarawak
Mongabay, 15 August 2017

On June 21 last year in Sarawak, Malaysia, opposition politician and indigenous rights campaigner Bill Kayong was shot dead through the window of his pickup truck as he waited at traffic lights on his way to work in the coastal city of Miri. Kayong was a popular land rights activist, whose killing has called focus to land and human rights issues in Sarawak, particularly in relation to the expansion of industrial agriculture onto land traditionally owned and occupied by indigenous communities.
https://news.mongabay.com/2017/08/international-investment-blamed-for-violence-and-oppression-in-sarawak/ 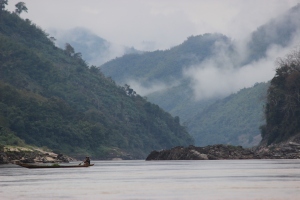 At the Happy Bar, on the edge of the Mekong, the Bob Marley tape starts up at the same time every night after the tourist boats dock. Reggae standards float out over the mountain jungle, tired but soothing with their message of peace, love and positivity. “Don’t worry about a thing,” Bob sings, as Beerlao bottles clink under colored lights, “Coz every little thing’s going to be alright.” Residents of the area are worried, though, about the construction of a huge hydropower dam 14 kilometers upstream from here.
https://news.mongabay.com/2017/02/shrugging-off-the-risks-laos-plans-to-proceed-with-the-pak-beng-dam/

A funeral procession of more than a million people, organisers said, accompanied the coffin of slain activist Kem Ley through Phnom Penh on Sunday as his body made the journey from the pagoda where it had lain in state for two weeks back to his home town in the provinces. https://newmatilda.com/2016/07/25/the-killing-of-dr-kem-ley/

When they first set up camp it was under plastic tarps strung from the trees and propped up with sticks. That night the rain came — a drenching tropical downpour that left the group of 100 or so protesters wet, cold and awake through the dark Borneo night. But after years of petitions and speeches, they had crossed a line, that day chasing away engineers drilling for soil and rock samples in preparation for the construction of a dam that would flood their land and villages. http://www.crikey.com.au/2015/11/16/fight-until-they-die-malaysias-dam-blockade-finds-international-support/?wpmp_switcher=mobile&wpmp_tp=1

A hunger for coal threatens the Heart of Borneo
Jakarta Post, 20 May 2014

“We heard on the news that Kalimantan was the heart of the world, but we never heard about our village being part of the ‘Heart of Borneo’,” Maruwai village secretary Timor Banafi says, laughing. Maruwai, a settlement of around 700 people in the remote north of Central Kalimantan, sits near the border of the Heart of Borneo, a more-than-220,000-square-kilometer zone which Indonesia, Brunei and Malaysia in 2007 agreed to protect from the deforestation and degradation associated with industrial agriculture, logging and mining. http://www.thejakartapost.com/news/2014/05/20/a-hunger-coal-threatens-the-heart-borneo.html

Ruth Ogetay found her calling in Jakarta. The 27-year-old from Paniai, Papua, had dreamed since childhood of becoming a nurse, and after finishing high school left home to study in Java. Although in Yogyakarta she finished her degree and qualified for the job, a nightmare started to unfold there that caused her to flee the city. When an old acquaintance arrived in town, Ruth was busy writing her final assignments. While she hardly knew him, he insisted on meeting up.
http://www.thejakartapost.com/news/2014/02/26/ruth-ogetay-a-passion-help-prisoners.html 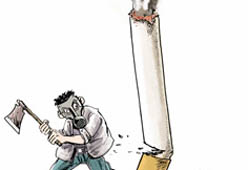 “If you have good motivation to stop smoking, use it,” says smoking cessation expert Tribowo Ginting. “Don’t avoid it, don’t neglect it. Just follow your heart and do it. Everybody can stop.” According to the psychiatrist, 30 percent of people who try to stop smoking will do so by themselves, while another 70 percent need help and support. The World Health Organization estimates that 400,000 people die as a result of tobacco use every year in Indonesia. While only 5 percent of Indonesian women smoke, 65 percent of men do and more than 97 million non-smokers are regularly exposed to secondhand smoke. http://www.thejakartapost.com/news/2014/02/19/smoking-catch-22-time-kick-habit.html

‘God made this land for us, the devil has taken it’: Sarawak dams its people, Crikey, 15 December 2013

In the hinterland of Borneo an old lady is perched on a couch improvising into a microphone. A chorus of about 50 people, cross-legged on the floor around a small amplifier, chimes in at the end of each line with a harmonic drone. “God made this land for us to enjoy,” the old woman sings. “But the devil, through Taib Mahmud, has taken it away.” The group erupts into laughter at the characterisation of Sarawak’s Chief Minister as the agent of the Devil and the skilful rhyming it’s been phrased with. http://www.crikey.com.au/2013/12/10/god-made-this-land-for-us-the-devil-has-taken-it-sarawak-dams-its-people/

In Sarawak, in Malaysian Borneo, hundreds of tribal people are blockading big dam projects that threaten their land. Australian businesses with links to government are among the international companies helping to build them. “Good fishing!” Johannes yells from the front of the longboat, where he’s sitting cross-legged in his “Save Baram River” T-shirt, surveying the expanse of brown water, which is high and fast and full of debris. The driver slaloms expertly around drifting logs and floors the outboard across currents and swirling eddies. http://www.crikey.com.au/2013/11/19/this-is-my-river-whats-at-stake-in-baram-dam-dispute/ 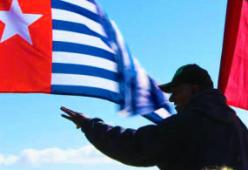 A group of Australian Aboriginal, non-Indigenous and West Papuan activists will set sail from Cairns for West Papua on Saturday, on a journey that organisers describe as both cultural exchange and act of resistance. Around 50 people have volunteered to take turns crewing two yachts up the coast of Cape York and across the Torres Strait to Daru Island, in southern Papua New Guinea, from where they hope to sail on to the Indonesian-controlled territory.
https://newmatilda.com/2013/08/15/were-going-their-aid

“Why invest in SCORE?”, a poster hanging beside a large map of Borneo reads. The government official sitting in front of it obscures the suggested reasons as he leans forward to work his smart phone. A recent hidden camera video, shot by the London-based NGO Global Witness, documents proposed illegal land deals in the Malaysian state of Sarawak which close relatives and associates of the Chief Minister of Sarawak, Abdul Taib Mahmud, explain in detail to a potential “foreign investor”.
http://newmatilda.com/2013/05/22/investment-sarawak-style

In 1990, former Greens leader Bob Brown won the inaugural Goldman Environmental Prize — a $150,000 award for grassroots activism — for his role in the campaign against the damming of the Franklin River. Another recipient of the prize that year was Harrison Ngau, an indigenous Kenyah man from Sarawak, who was working for Sahabat Alam (Friends of the Earth) Malaysia to try to stop the rapid deforestation of the Bornean state.
http://newmatilda.com/2012/11/29/sarawak-leaders-protest-australia 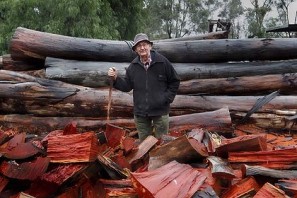 After a long and divisive battle, 150,000 hectares of new national park and reserve will be declared along the Murray in northern Victoria.The Barmah State Forest, the southern section of Australia’s biggest red gum forest – described by some as the “Kakadu of the south” – will become one of four new national parks and will be jointly managed by its Aboriginal traditional owners. While Yorta Yorta leaders are optimistic about the new park and environmentalists are delighted by their campaign win, many locals around the forest remain bitter about the change. http://www.theage.com.au/national/a-battle-thats-far-from-black-and-white-20100626-zb1s.html#ixzz271Fihkeg

On 29 June, the Department of Immigration and Citizenship (DIAC) announced it had signed a $370 million five-year detention services contract — one of the world’s most lucrative — with British-based Serco, an outsourcing empire with 600 largely government sector contracts in 35 countries — including an estimated £2 billion (AU$4.1 billion) worth of contracts for prisons and security. The company has been the subject of considerable controversy in the UK.
http://newmatilda.com/2009/07/09/detention-dividends

Starting life as a party put on by a bunch of friends to show and sell the results of crochet workshops held in remote Aboriginal communities, the Alice Springs Beanie Festival has evolved into a four-day event which attracts visitors, and hats, from around the world. The festival aims to promote indigenous textiles and beanies more generally, as a regional art form. Perhaps its greatest strength, though, is in finding common ground between Indigenous and non-Indigenous Australians.
https://jennydenton.net/print-features/picking-up-stitches-the-alice-springs-beanie-festival/

‘Come on, people, give Mick some space!’ an organiser shouts. Mick Rangiari Lumbulla, a frail old man wearing sunglasses, is in danger of suffocating in the crowd of whitefellas who surround his wheelchair in a photo-taking frenzy. It’s Freedom Day, 2006, the 40th anniversary of the Wave Hill Walk-off, and Rangiari, nicknamed ‘Hoppy Mick’ for the limp he sustained in a mustering accident, is the last surviving leader of the strike.
http://newmatilda.com/2006/08/23/after-walk 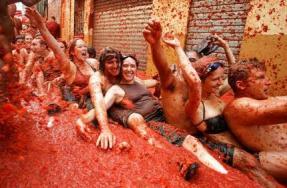 La tomatina, “the world’s biggest food fight”, takes place in Buñol, a small town an hour inland from Valencia, in Spain, every August as part of 11 days of festivities for the town’s patron saint. Depending on your taste, getting involved could turn out to be a nightmare or the cathartic experience of a lifetime.
http://www.smh.com.au/news/spain/100-puree/2006/08/22/1156012542318.html

The coming elections for a constituent assembly which will draw up a constitution and declare independence are characterised by uncertainty, cross-purposes and confusion, and highlight all kinds of divisions in East Timor. There are reportedly “many problems” within Fretilin, East Timor’s most popular party, and some factional groups have recently emerged. While the splinter groups will split the Fretilin vote, they don’t represent a real threat to the official party, which is the only serious contender for a majority win on August 30. https://jennydenton.net/print-features/a-long-road-east-timorese-attain-democracy-one-small-step-at-a-time/

Under the UN transitional administration, repairs have been made to water and electricity systems, schools have been reopened, courts, a defence force and a police force have been set up and a date has been set for the country’s first elections. But chronic and debilitating shortages raise questions about the efficacy of aid programs, and many observers are concerned about the bureaucracy, expense and paternalism of the UN presence and the appropriateness of the models of development being implemented by the UN in tandem with the World Bank and Asian Development Bank.
http://www.etan.org/et2001b/april/15-21/14etsufr.htm