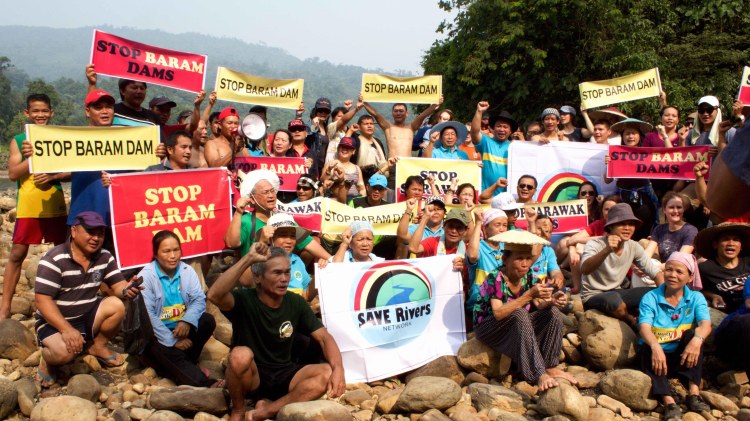 Crikey, 16 November 2015: When they first set up camp it was under plastic tarps strung from the trees and propped up with sticks. That night the rain came — a drenching tropical downpour that left the group of 100 or so protesters wet, cold and awake through the dark Borneo night.

But after years of petitions and speeches, they had crossed a line, that day chasing away engineers drilling for soil and rock samples in preparation for the construction of a dam that would flood their land and villages. The next day they chased off government officers surveying a nearby mountain that was reportedly due to be quarried for construction materials.

There had been no official approval for the Baram dam — a 168-metre-high concrete construction on the Malaysian state of Sarawak’s second-longest river with a reservoir that would swallow 388 square kilometres and 32 villages, home to 20,000 people. But signs for the dam had gone up, engineers and logging contractors were moving in, and the government had announced the compulsory acquisition of 4000 hectares for an access road.